Tonight is the first-ever comedy night at O'Dwyer's.  All this has been set into action by Joe Giuliano, a very nice guy, a very fun guy, a fan of comedy, and now a booker.  Comedy is a hit in Saratoga, with a full room of awesome folks.  Joe busted his butt, and it all paid off.  Well done, Joey!!! 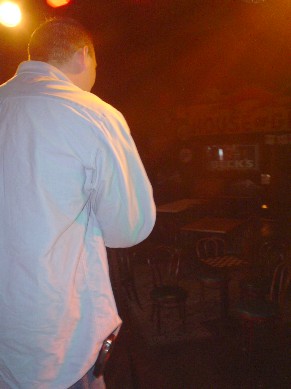 Here's Joe at the bar early in the day where I meet him to check sound, etc.  He's practicing his MC material to the non-audience of afternoon. 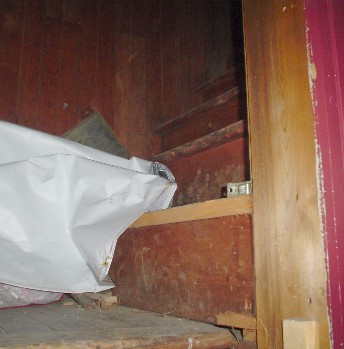 Joe shows me around this bar with incredible history.  This is a somewhat hidden stairway which Joe explains as a secret passage.  The small door to this stairway is about three or four feet up the wall, so one must be hoisted up to get into the passage.  This building has been altered so many times, that it has had several different floor levels.  For example, the ceiling for the first floor extends above where the ceiling for the second floor used to be.  The ceiling for the first floor is now, I believe, the bottom of where the stage was upstairs.  You can see the trap doors.  And rooms have taken on odd shapes as they have been built in, up, and/or over. 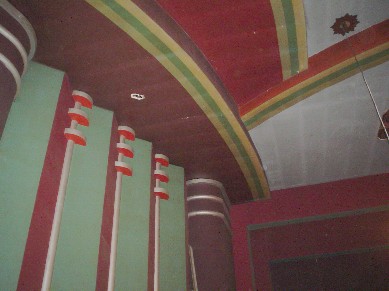 Yes, I did say "stage."  O'Dwyer's was built into a building which was originally a movie theater, built in the 1920s.  Here I am upstairs in what is now hardly used even for storage.  You can see the art deco added in the 1930s.  The center of this photo is the corner of the left wall, the stage, and the ceiling. 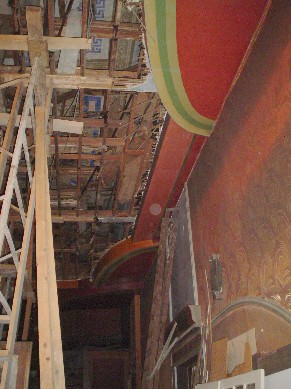 Only a little of the original woodwork remains.  Much was torn out to build the bar downstairs.  Here's looking toward the back of the room. 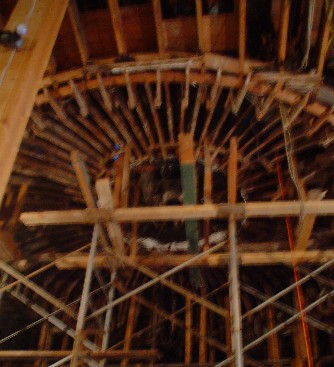 What's left of the dome in the ceiling, and the scaffolding that is holding the building's roof up. 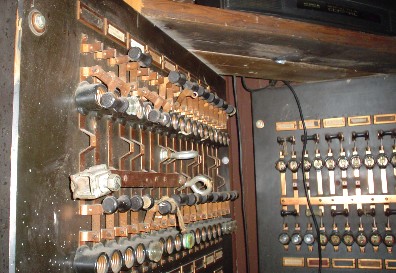 Old lighting mechanisms for the theater.  Just to give you an idea about this place ... the owner's father explains that this theater is where Bing Crosby's first film debuted, and he named several more famous actors from the 1920s, 1930s, and 1940s who have been here.  I believe it.  And I also believe the place is haunted. 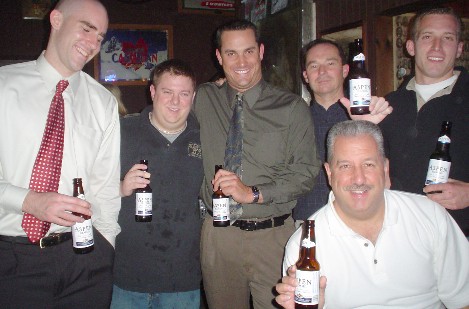 For the show: Joe, with his great ambition, lined up a sponsor for the show: Aspen Edge beer.  It's the new low carb beer from Coors, or as I call it, Coors Light light.  These are some of the guys who show to promote their beer.  Free beer to anyone and everyone in the audience who wanted it, mind you. 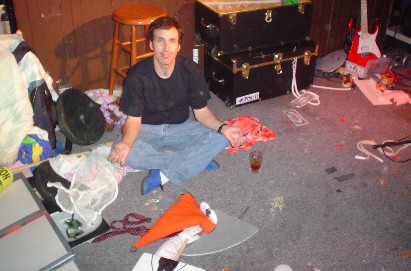 The headliner, Mike Morse, a highly entertaining musical and prop act, sits within his post-show mess. 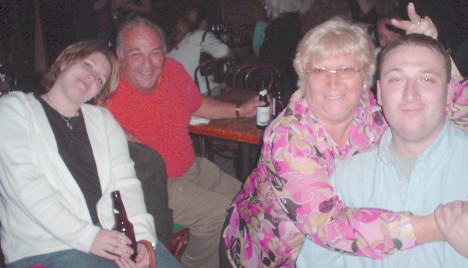 Joe and his family.  Joe is on the right, his beautiful wife, Chrissy, on the left, and in between are his parents, also awesome folks.